Our Vision
We strive to be a leading master developer in the region by building communities that last and exceed our customers’ expectations.
Creating a healthy economic environment

Our mission is to be at the heart of Ras Al Khaimah’s master planning activities while delivering quality living communities. 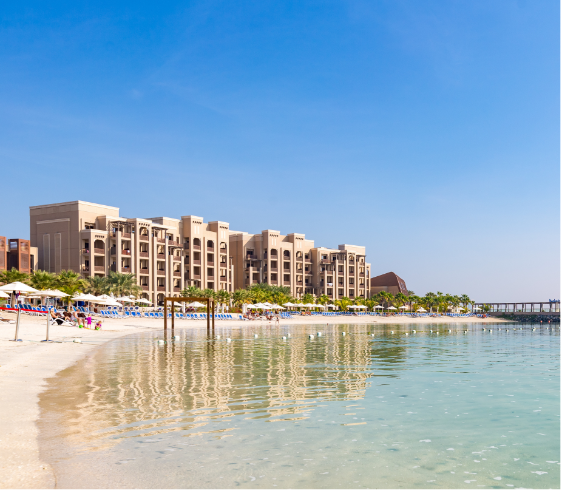 Ras Al Khaimah has been able to outperform UAE’s GDP growth in 6 out of the past 8 years. Ras Al Khaimah’s GDP grew by 4.5% during 2016 surpassing UAE’s overall GDP growth of 3.10%. In 2009, when the country recorded a negative 5.2% GDP change, Ras Al Khaimah was able to achieve GDP growth of 1.60%, thanks to its more balanced and stabilized economy. 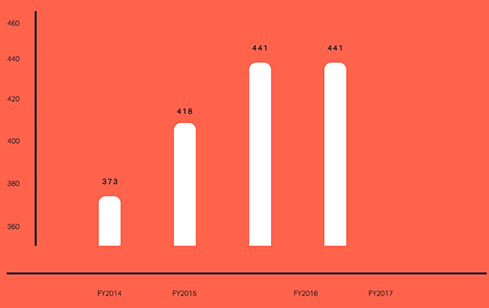 Growing Hospitality Market showing excellent performance in Healthy Population Growth
Ras Al Khaimah has been experiencing a tremendous growth in its hospitality market over the past few years.
Growth in Number of Visitors YoY

Number of visitor arrivals to RAK has been increasing steadily since 2013, an increase of 437,024 within 5 years only.

Growth in Number of Nights YoY

The Revenue per available room “RevPAR” has been steadily growing since 2018 in Ras Al Khaimah.

UAE residents account for the majority of visitors in Ras Al Khaimah representing 38% of total visitors.

Ras Al Khaimah
The Land of Opportunities
Ras Al Khaimah is constantly evolving and growing, while always staying true to its rich heritage and resources. We at Marjan believe that the integrity present in the region only further entices potential investors.

Ras Al Khaimah is defined by an environment of affordable service without ever sacrificing quality.
As other competing regional destinations become more expensive and saturated, Ras Al Khaimah can arise as a new, attractive, distinguished, yet affordable destination.

The northernmost Emirate is known for its diverse natural settings that other regional destinations lack.

There is no reliance on oil as an economic driver which means that the economy in Ras Al Khaimah is more diversified and stable.

There are tremendous opportunities for experienced owners and operators to expand their brands into a new market.

As Ras Al Khaimah increasingly grows in popularity, new hotel brands are being introduced with a strong client base.

Museums & Cultural Sites
Rich in culture, Ras Al Khaimah has some of the most spectacular museums and cultural sites in the country. RAK National Museum, Dhaya Fort, Jazirat Al-Hamra.
Al Marjan Island
Al Marjan, a man-made island is located in Ras Al Khaimah. Extending a vast 4.5 kilometers into the sea, the island covers an area of 2.7 million square meters.
Natural Attractions
With breathtaking views, and a desert so quiet you can hear a needle drop, desert lovers enjoy visiting and connecting to the nature in Ras Al Khaimah.
Adventure Sports
The World’s longest Zipline, diving and snorkeling, hiking, desert safaris and Bedouin camps.
Ras Al Khaimah
The Land of Opportunities
Explore a world of heritage and a wealth of natural attractions to residents and visitors at Ras Al Khaimah.