Ras Al Khaimah shares the same vision as the United Arab Emirates. We are proud to carry on the legacy of our forefathers and see the nation progress through sustainable socio-economic development. This will benefit both our country as well as the Emirate of Ras Al Khaimah.

We are made both proud and humble by the richness and diversity present in the UAE’s economy, itself one of the largest in the GCC. The nation’s economy has developed and grown over 200 times and now hosts 400 of all the world’s Fortune 500 companies. In the previous year the GDP of the UAE was 382.58 billion dollars, highlighting just how far a united vision can sustain a worthy ideal. 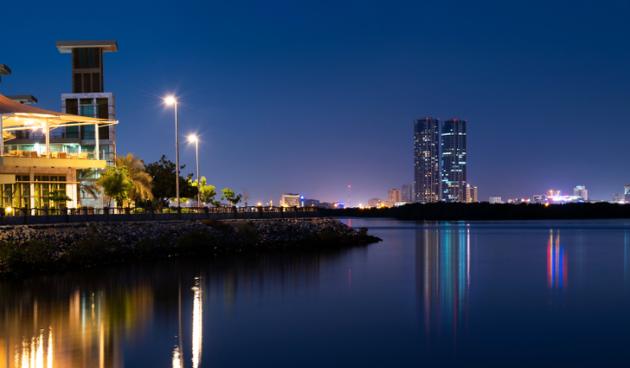 At Marjan, everything we do is for the betterment of our people and inspired by the land itself. The shared vision of the UAE is the lifeblood which has sustained not just our project, but the work of countless other collaborators over the past decades. The UAE is ranked 1st in the MENA region for doing business and is also ranked 21st globally according to the work World Bank. It was also ranked as the 17th most competitive nation in the world out of 137 in a competitiveness report published by the World Bank.

Strategically located on the axis of the GCC, Asia and Africa Direct trade routes to growing GCC market as well as India and Africa Highly developed ports and access to major sea routes

Ras Al Khaimah The meaning ‘top of the tent’ in Arabic,

Is the northern most of the seven emirates that make up the United Arab Emirates. Ras Al Khaimah is a land rich with opportunities for all. It is a popular tourist and lifestyle destination. What makes Ras Al Khaimah truly special is the diversity of its natural landscapes. It’s home to fertile lands, towering mountains, white sandy beaches, abundant mangroves and a magnificent desert.