With preparations full-swing ahead for the 2018 Ras Al Khaimah New Year’s Eve Fireworks by Al Marjan Island, the organisers revealed that the event will be set to global music by 14 renowned composers, ensuring that visitors experience a never-before extravaganza.

An attempt for the Guinness World Records title for the ‘Largest Aerial Firework Shell,’ the 2018 Ras Al Khaimah New Year’s Eve fireworks has generated strong interest from across the world, with live feeds of the event to be telecast across all leading networks.

To add to the excitement of the event, Al Marjan Island has announced the lineup of songs that accompany the fireworks, starting with a custom countdown by Dan Mullins, the music coordinator of Fireworks by Grucci, and going all the way to the spectacular crescendo set to James Price’s Caped Crusader.

The remarkable show to illuminate the night sky over Ras Al Khaimah’s first man-made archipelago will be highlighted by fireworks from 120 sites. Phil Grucci, Creative Director of Fireworks by Grucci, is leading the project with a team of 30 engineers, pyrotechnicians, fabricators and others.

Al Marjan Island has urged visitors to reach the site early before 8pm. Access to the general viewing decks outside the island are open from 8pm onwards with free public parking available.

For more information on best viewing points and other information, please visit: www.RAKNYE.com 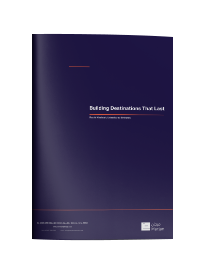